The Art of Tasting 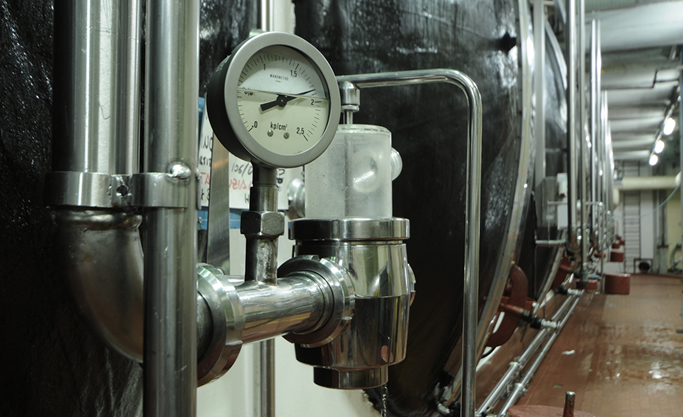 The Classic (or Champagne) Method

The musts undergo an initial fermentation in tank and the resulting wines are usually blended to obtain the base wine (cuvée). To this may or may not be added a syrup containing differing sugar levels, depending on the style of desired wine.

This mixture is placed in bottles and closed with a crown cap. The wine then undergoes a second fermentation in bottle at 12-15° C. This fermentation lasts for several months.

The bottles are stacked in a horizontal position. This stage of production affects the final characteristics of the sparkling wine and the formation of the bubbles (perlage), which, in a high-quality product, will be very fine and persistent.

After the so-called prise de mousse, the bottles are inserted at an angle, neck down, in special racks called pupitres. Here the bottles will remain for between six months and two years. At regular intervals, the bottles are rotated manually along their axis and repositioned increasingly inclined, so that the lees become detached from the sides of the bottle and converge towards its neck. This process is called remuage.

When the bottles are finally removed from the pupitres, they are placed upside down. When all the deposit has settled in the crown cap, this is removed and the lees can be expelled (disgorgement) directly (dégorgement à la volée) or after freezing the neck of the bottle (dégorgement à la glace) to reduce the loss of pressure.

The bottles are topped up with wine or with a mixture of sugar syrup and wine (dosage), whose formula is often a secret of the producer. This production method can be carried out manually as described or be partially automated.

This is a technique in which the secondary fermentation takes place in large sealed and pressurized tanks (autoclaves). It is also known as the Martinotti Method, after its Italian inventor, but is universally referred to by the name of the French engineer who patented and spread the use of the technique.
Sugar or must and selected yeasts are added to a well-stabilized base wine that is then left to referment in temperature-controlled pressurized tanks (at between 12° and 18° C). At the end of fermentation, the lees are removed by means of isobaric racking and the sparkling wine is stabilized by chilling it at -3° or -4° C.
After a further filtration, the final product is bottled without any loss of pressure. Depending on the duration of the fermentation and maturation on the lees, there are two distinct Charmat methods: one short and one long.
The Short Charmat Method lends itself particularly to the production of sweet or aromatic sparkling wines that are light and gentle, mellow and fruity and rich in grapey aromas.
The Long Charmat Method wines, on the other hand, resemble more closely the sparkling wines produced by the Classic Method 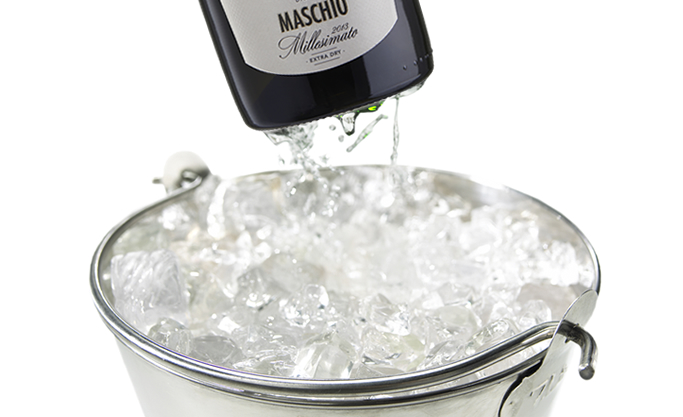 It has now become traditional to see a bottle of sparkling wine served in an elegant ice bucket.

This custom is undoubtedly related to the fact that these types of wine benefit greatly from being served at lower temperatures.

Like other visual characteristics of wines, such as color and clarity, the steady flow of bubbles of carbon dioxide is a component that satisfies one of our senses that are involved in the appreciation of wines: that of sight.
In fact, if a sparkling wine is served at too high a temperature, this would lead to an accentuated development of froth in the glass and, consequently, to the loss of balance in the wine.

The optimum temperature at which to maximize the organoleptic and aesthetic qualities of a sparkling wine is between 6° and 10° C. 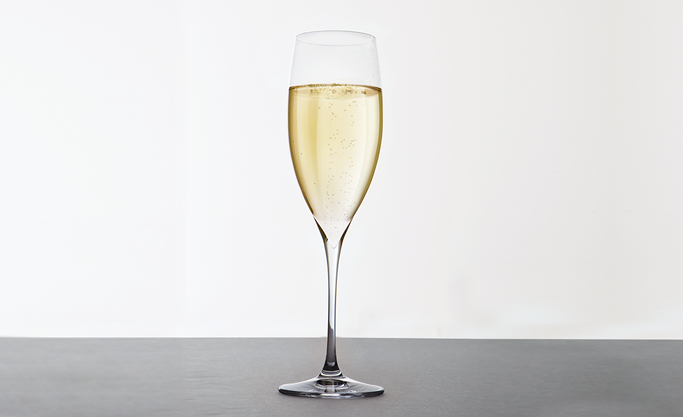 The shape of the glass in which a sparkling or semi-sparkling wine is poured significantly influences the development of the “perlage”.

Glasses that are long and narrow (e.g., so-called “flutes”), are the most appropriate for enhancing the characteristics of these wines.
Broader glasses are equally appropriate, as long as they have a pointed bottom to facilitate the evolution of the bubbles of gas.

There are also special glasses that are cut on the bottom to favor such development and accentuate the phenomenon of perlage. 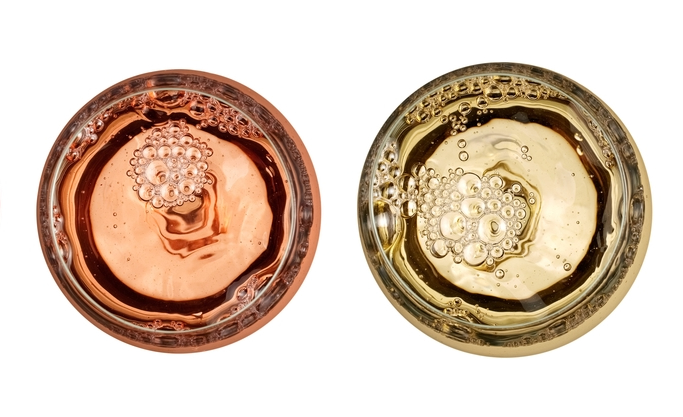 White: the typical color of Classic Method wines, it is influenced by the grapes used, by the action of the yeasts and by the duration of aging after disgorgement.

Straw yellow with green highlights: the typical color of Charmat Method wines or “blanc de blancs” wines, that is, wines produced with only white grapes.

Straw yellow tending to pale gold: the golden nuances are due to long periods of maturation on the lees resulting from the second fermentation.

Rosé: the rosé color is dictated by the presence of red wine in the blending phase; depending on whether less or more is used, the shade of the wine can range from a very delicate pink to a deep salmon-like hue. 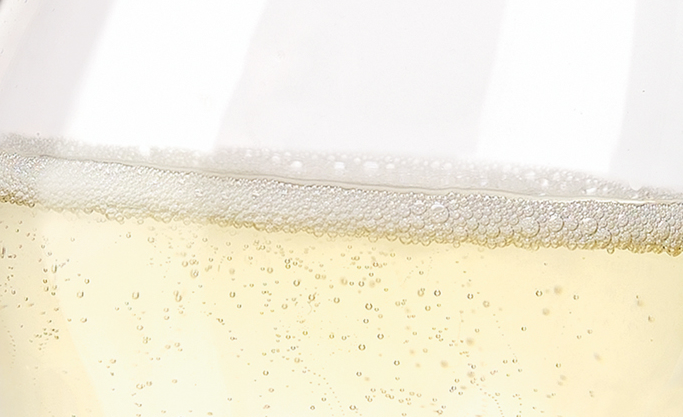 The first factor to consider once the wine has been poured into the glass is the mousse. In particular, you should wait until the first froth that is formed is reabsorbed and leaves room for the less abundant mousse that distributes itself around the perimeter of the glass.

This mousse should be evaluated first while the glass is kept steady, and then when the glass is gently rotated.

The elements of the mousse that indicate the quality of a sparkling wine are:

Growth rate of the mousse: the transition from the initial mousse to form a crown at the rim of the glass should last a few seconds, then it should grow rapidly and at a constant speed.

Persistence of the mousse: The perlage should persist for a long time and in large quantities.

Density of the mousse: in a quality wine the mousse is characterized by reduced density and aggressiveness. The evolution of the mousse is also influenced by the cleanliness of the glass: in fact, a dirty glass or one washed with soap may inhibit the formation of bubbles. 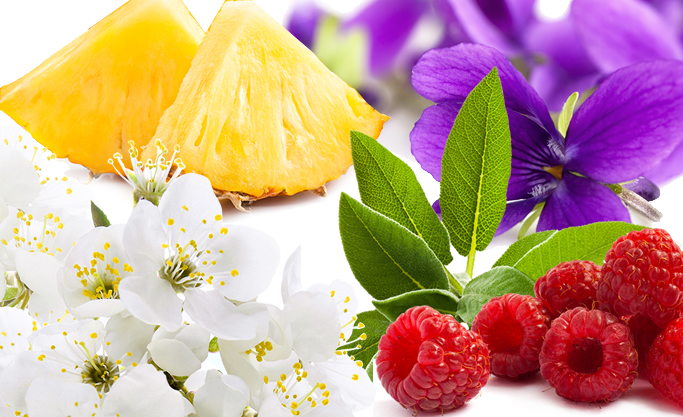 Carbon dioxide enhances the aromas of the wine, releasing them into the air once it reaches the surface.

In order to appreciate the aroma of a sparkling wine it is necessary to wait until the effervescence subsides, so that the nasal mucous membrane is not irritated by the intense initial release of carbon dioxide.

The aromas are influenced by the quality and type of grapes used as well as by the method of production: the Charmat Method is particularly suited to the development of fresh floral and fruity aromas, while the Classic Method allows one to obtain richer and more complex aromas thanks to the activity of the yeasts during refermentation in the bottle.

To learn about the typical aromas of different wines, see the map of scents. 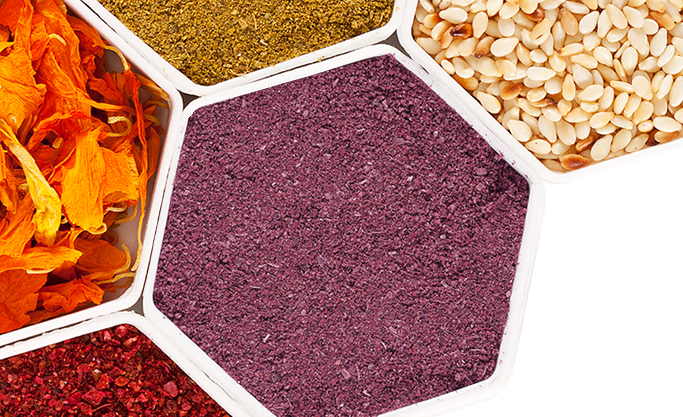 The presence of carbon dioxide affects the taste of a wine, accentuating its acidic notes and reducing sweetness.

In order to attenuate the acidity of a sparkling wine and achieve a better balance of taste, sweet solutions are usually added, such as eau de vie for example.

The presence of sugar is the basis for the classification Extra Brut, Brut, Extra Dry, Dry, Demi Sec and Dolce (“sweet”).

To fully appreciate the taste of a sparkling wine it is necessary to avoid swishing the wine around in your mouth because this will cause the carbon dioxide to be released too quickly.

To stay up to date with our latest news and events, subscribe to our
Newsletter